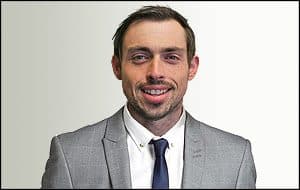 “Our experience with Ascent Law has been wonderful. They have helped us with several rental property issues, and their advice has been spot on every time. I can highly recommend them.”

END_OF_DOCUMENT_TOKEN_TO_BE_REPLACED

“Our experience with Ascent Law has been wonderful. They have helped us with several rental property issues, and their advice has been spot on every time. I can highly recommend them.”

END_OF_DOCUMENT_TOKEN_TO_BE_REPLACED

Andrew is Ascent Law’s resident athlete as he grew up playing sports in all seasons, with Football being his priority.

Andrew is now a fitness enthusiast and spends his free time playing sports, lifting weights, and will even run the occasional marathon. When not being physically active, Andrew enjoys studying history and religion, and actively looks to fit what he’s learned in his daily conversations, which is sometimes to the delight of his co-workers.

Strangely, Andrew made the determination to become a lawyer in the eighth grade, and has never looked back. After earning a Bachelor of Science degree from Brigham Young University he continued his education at the University of Utah College of Law where he obtained his Juris Doctor degree.

After law school, Andrew was personally selected to clerk for the Honorable Joel E. Tingey in the Seventh Judicial District of Idaho. There, Andrew worked side by side with judges and learned the judicial process, and more importantly, what wins cases.

After completion of his clerkship, Andrew joined the team at Ascent Law and immediately proved his value.

Andrew is a student of the law and loves what he does. He enjoys all areas of law, and thrives in the courtroom. He is an aggressive, experience litigator who areas of practice include:

Andrew is licensed in Utah and Idaho and is currently “of counsel” with the firm.