One major sticking point in the business divorce is what to do with a departing owner’s interest in the company. That departing owner has invested money, sweat, and maybe committed a large share of his or her life to the company to build its value. Unless the corporate governing documents allow for the payment of that value upon departure, and provide a formula for calculating the value of such buyout, Utah statutes provide no independent procedure to solve the problem. As a result, the parties create leverage, attempt to negotiate, and if necessary, file litigation utilizing certain statutes if applicable all in an effort to force the buyout. 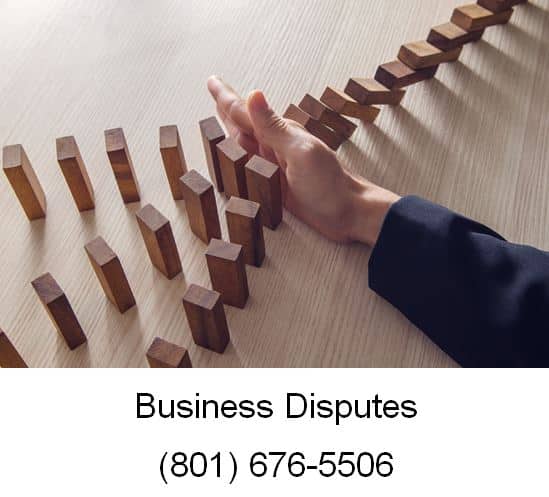 Assuming no corporate governance documents exist, the departing owner certainly will start negotiating for a buyout in exchange for returning their interest to the company or the other owners. But how do you set the value? The company accountant can be called upon to state the book value as then existing in the corporate records. But that is a low end value. Perhaps there have been third parties who have offered to buy the company. Most privately held shares are restricted preventing sale. Professionals may be employed to value the stock or appraise assets.

Valuation presents its own issues unique to the closely held business. Valuation experts utilize discounts from fair market value because of the lack of marketability generally of ownership interests in private companies and for a minority owner interest which may total up to 70% of the enterprise value. However, a concept has been created known as “fair value” which eliminates the concept of a willing buyer and seller in a fair market without compulsion. The rationale is that the other owners of the business who own the other restricted ownership interests are really the only persons interested in controlling those shares giving them full value and as a result, the discount should not apply. Thus, the more accepted practice is for the entire enterprise to be valued, no discount should be taken, and a pro rata value attached to the shares. In fact case law in Utah has held under the dissenter’s rights statutes that no discount should be taken in a fair value valuation.

Several Utah statutes permit a buyout that may assist the departing shareholder. First, under the dissenter’s rights statutes, a shareholder who objects to a merger, plan of share exchange, or a sale or exchange of all or substantially all of the assets of the company may dissent and be paid their fair value for their shares. Under the judicial dissolution statutes discussed in the last column, the corporation may elect or if they fail to elect one or more shareholders may elect to buyout the shares owned by the departing owner. In both circumstances, procedures to conclude the fair value process including court proceedings if necessary, are set forth in Utah statutes.

There have been cases in other jurisdictions which have held that the court has the equitable power to order a buyout. This equitable remedy is fashioned out of necessity, probably because insufficient statutory procedures exist in corporate settings.

The ability to have a court assist or force a buyout, under particular circumstances, helps solve the complexities of a negotiated buyout that the departing owner views as essential. But I propose the Utah Legislature adopt a new approach to help resolve business divorce issues.

A New Approach to Business Buyouts

Because no Utah statutes allow for a business owner to generally depart from a private company and receive the value of their interest, there is little motivation for the company and the other owners to deplete company or personal assets to fund a buyout of the departing owner. Generally, owner agreements do not deal with the issue of a general buyout upon termination of employment or departure from the entity. It is not good public policy to force an owner departing the company to look to or find past conflict to force a buyout under certain existing laws. Nor should the company or remaining owners be forced to contend with an owner who does not wish to be part of the company and must force past wrongful conduct to be heard. So why shouldn’t a business divorce follow the same no fault principles of a marital divorce with respect to a division of assets and liabilities?

I have proposed and presented to various groups a no fault business divorce statute. A departing owner who has not concluded a negotiation should apply to a court seeking a division of certain assets and liabilities to receive fair value for his or her interest. In theory, the owner should be given value commensurate with the stock interest held since they have a percentage share of those net assets. This process would require all owners to be within the jurisdiction of the court since each of their stock interests would be affected. The court in an expedited proceeding should take evidence only with respect to what would be a fair and equitable division of the assets and liabilities to equate to the shareholders’ ownership interest. The court then would determine which assets that the owner would take upon departing.

Such a no fault business divorce procedure would provide immediate relief and circumvent the necessity of trying to find wrongful conduct to start litigation and force through a unique statute or common law claim a buyout of the interest. Thus an owner who has been in conflict with other owners or simply for acceptable reasons wishes to depart the company will have an opportunity to recognize and receive their fair value in relation to their ownership interest upon divorce from the other owners. Moreover, such procedure being ultimately available, would likely serve as a deterrent and foster negotiated settlements knowing that a judge may ultimately divide assets and liabilities.