We’ve previously talked about father’s rights here.  This is some more information for you. Since the sub-prime mortgage crisis of 2008, subsequent economic hardship coupled with an increasing unemployment rate for men has resulted in more “out of work” or “available” fathers.  These fathers have morphed their lives into more accessible work schedules and/or working from home.  As a result of this, men are achieving custody in great numbers.  This means that with the Utah Code expanded parent time schedule (Utah Code 33-3-35.1) you, as a father, can have more time with your kids. 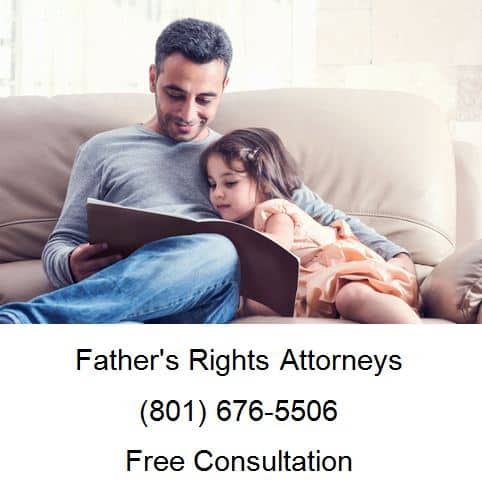 Recently, our firm has handled several cases in Salt Lake County.   In direct contrast to the counties of Utah County, Tooele and Summit Counties, we begin these custody cases with the presumption that custody is 50/50 and parenting time is 50/50.  This is a welcome development in the law.  Now, keep in mind that not all of the judges and court commissioners do this – in fact, sometimes we are all wondering why there is no consistency with the judges and their rulings; but we can usually gauge it.

Prior to the early 1970’s, the law operated with a presumption that the mother was the fit custodial parent.  The courts have since decreased application of the “Tender Years Doctrine,” a judicial presumption which almost automatically awards custody of the children to the mother, alternatively replacing it with the Best Interests of the Child’s Principle.  The Best Interests of the Child approach attempts to limit such a sex based preference when determining child custody.

A close look at statistical data below shows the interesting facts behind the sharp contrast between fatherless homes versus children with involved fathers in today’s society.

Fatherless children are twice as likely to drop out of school.

Even after controlling for income, youths in father-absent households still had significantly higher odds of incarceration than those in mother-father families. Youths who never had a father in the household experienced the highest odds. A 2002 Department of Justice survey of 7,000 inmates revealed that 39% of jail inmates lived in mother-only households. Approximately forty-six percent of jail inmates in 2002 had a previously incarcerated family member. One-fifth experienced a father in prison or jail.

A study of 109 juvenile offenders indicated that family structure significantly predicts delinquency. Adolescents, particularly boys, in single-parent families were at higher risk of status, property and person delinquencies. Moreover, a study of 13,986 women in prison showed that more than half grew up without their father. Forty-two percent grew up in a single-mother household and sixteen percent lived with neither parent

Free Consultation with a Father’s Rights Lawyer in Utah

If you have a question about divorce law, child custody, your right’s as a father, or if you need to start or defend against a divorce or custody case in Utah – call Ascent Law at (801) 676-5506. We will help you.