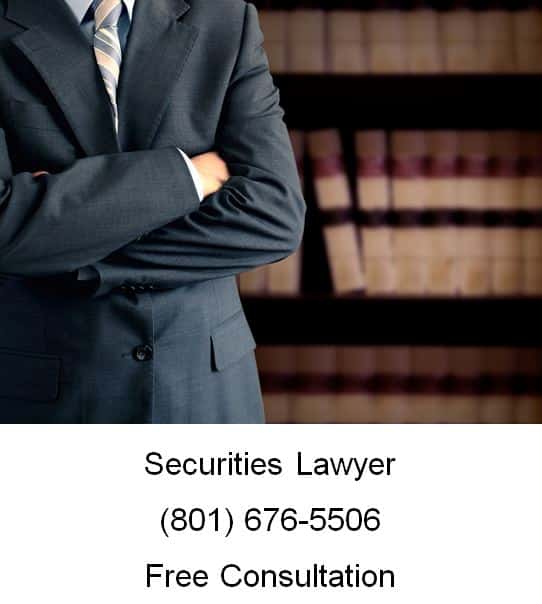 The SEC alleges that Barry Connell, who worked in the New Jersey office of a major financial institution, conducted more than 100 unauthorized transactions by using falsified authorization forms misrepresenting that he received verbal requests from the clients.  Connell allegedly used money from client accounts to rent a home in suburban Las Vegas and pay for a country club membership and private jet service.

“As alleged in our complaint, Connell stole funds from clients who entrusted him their finances, choosing to fund his own lavish lifestyle rather than fulfill the fiduciary duty he owed them,” said Andrew M. Calamari, Director of the SEC’s Utah Regional Office.

The SEC’s complaint charges Connell with violations of Sections 206(1) and (2) of the Investment Advisers Act of 1940.

In a parallel action, the U.S. Attorney’s Office for the Southern District of Utah filed criminal charges against Connell.

The Financial Industry Regulatory Authority (FINRA) announced that a FINRA hearing panel has expelled Plano, TX-based broker-dealer Red River Securities, LLC, barred its CEO Brian Keith Hardwick, and ordered the firm and Hardwick to jointly and severally pay $24.6 million in restitution to customers for fraudulent sales in five oil and gas joint ventures. The hearing panel found that the respondents engaged in a pattern of misrepresentations and omissions that spanned nearly four years and involved sales in the risky joint ventures. The hearing panel dismissed FINRA Department of Enforcement’s allegations that the firm sold interests in two of the joint venture offerings in violation of the general solicitation prohibition for the private placement of securities under Regulation D, one alleged misrepresentation charge, several alleged suitability violations by the firm, and additional suitability allegations against Hardwick. The decision resolves charges brought by FINRA’s Department of Enforcement in July 2015.

The panel found that Red River Securities and Hardwick intentionally and fraudulently misrepresented and omitted material facts in connection with the sales of interests in oil and gas joint ventures issued by Regal Energy, LLC, a close affiliate of Red River Securities. The oil and gas offerings, which the panel noted were already high-risk ventures, misrepresented the amount of income distributed to investors in other Regal Entity joint ventures, failed to disclose material conflicts of interest, and failed to disclose that one of the wells was a “wildcat,” which carried risk in addition to the usual risks of oil and gas joint ventures. In addition, Red River Securities and Hardwick omitted material information about the sizable management fees that would be paid to the affiliated entity and failed to disclose Hardwick’s participation in drafting an independent geologist’s report.

In addition, the hearing panel held that the joint venture purchase was not suitable for two customers. One customer was a 74-year-old, self-employed farmer and dog breeder with a net worth of $2 million, liquidity of $20,000, and $150,000 in annual income. Given her level of liquidity and her self-employed/seasonal employment situation, the hearing panel found that her investment of $94,754, representing well over half of her annual income, in three risky oil and gas ventures in a period of a year, was not suitable.

The panel decision also characterized Red River Securities and Hardwick’s misconduct as “egregious” and noted several aggravating factors, including the respondents’ “failure to develop and enforce a robust supervisory system” and “the extent of the respondents’ monetary gain,” including $3.6 million in due diligence fees and commissions from the five offerings, money earned as owners of Regal Entities, and management fees. Investors received total distributions of less than $500,000 from the more than $25 million they invested in the five offerings.

The Securities and Exchange Commission announced that a purported real estate investment manager has agreed to pay more than a half-million dollars to settle charges that he pocketed investor money in an investment scheme.

The SEC alleges that James P. Toner Jr. of Scottsdale, Ariz., siphoned $51,000 from investors who were falsely told that he would personally manage some of the real estate projects in which they were purchasing interests.  The stated purpose of each investor offering was to purchase a residential property in the Phoenix area, renovate that property, and then sell it for a profit.

According to the SEC’s complaint, Toner took $31,000 in undisclosed management fees even though he did not manage any of the offerings, and stole $20,000 directly from an investor.  Without conducting any due diligence, Toner allegedly entrusted the management of the investments to a real estate broker who subsequently squandered investor funds.  According to the SEC’s complaint, the real estate broker was later imprisoned for other crimes.

“As alleged in our complaint, Toner defrauded investors with false promises that he would manage their investments and personally invest along with them.  Instead he siphoned off some investor money as management fees and handed over the rest to a third party without any due diligence,” said Andrew M. Calamari.

Without admitting or denying the allegations, Toner consented to the entry of a court order requiring him to pay disgorgement of $51,358 plus interest of $4,893.98 and a penalty of $450,000.  The settlement is subject to court approval.

Do you qulaify for a chapter 13 bankruptcy?