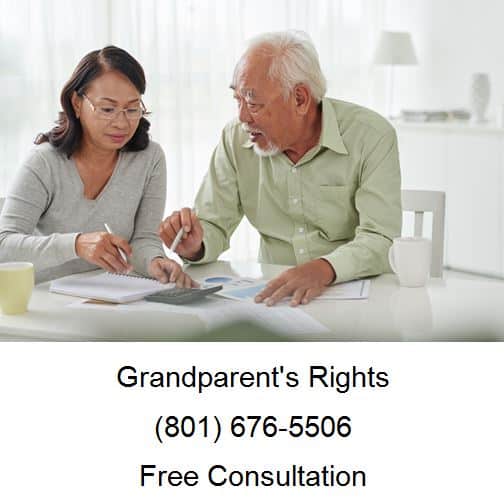 What makes a parent unsuitable?  Well, a court must find by sufficient evidence, that the parent:

In addition, if the court makes a finding of unsuitability it must be based upon adverse impact upon the child.  The court’s finding cannot be based on society’s judgment of the parent.  In other words, if the parent is doing something that society does not approve of, but has no impact on the child, then a court cannot use that as a basis for awarding custodial rights a non-parent.

So what is the difference between what is detrimental to the child, and what is simply a matter of societal norms?  Essentially, the difference lies with the child, the perceptions of the child, the witnesses, the guardian ad litem and the Judge or Magistrate.  It is a fine line, but the starting point should be an objective look at the child – what does the child perceive as being detrimental?  The child’s perception alone is not determinative, and but it is significant.  The actions, behavior, preferences and well-being of the child will be closely scrutinized.  The child’s physical and mental health and behavior in both environments will be considered.  A good discussion of the fine line between adverse impact / harmful effect and societal norms can be find in the case In re Z.A.P.

In cases between a parent and a non-parent filed under Utah Code that says which Court has jurisdiction over children not already the ward of another court, except in Richland and Fairfield Counties – where matters are heard in the domestic relations court), a court may not award custodial rights to a non-parent without first finding that the parent is unsuitable to raise the child.

UNSUITABILITY (UNFIT) AND GUARDIANSHIP IN COURT

For example, the Hockstock court discussed a prior case,  Masitto, in which the natural father of the child, prior to divorcing the mother, had consented to the grandparents receiving guardianship of the child through the probate court.  The natural father and mother later divorced, and made no provision for parental rights in the divorce, but instead incorporated the guardianship order of the probate court.  The Supreme Court noted that in Masitto, the father had contractually agreed to the appointment of the grandparents as legal guardians, and that the Code requires unsuitability as a prerequisite for guardianship.  This means that any parent who gives guardianship of their children to grandparents (or someone else) in probate court has, by their own consent, established their unsuitability and has opened the door for custody to the person who received guardianship.

In the Supreme Court case, In re Hockstock, which arose out of state, the Court noted that there is a distinct difference between a parent granting temporary custody to a grandparent, and a parent granting legal custody to a grandparent.  Specifically, the Hockstock court found that a grant of temporary custody was not a “contractual relinquishment of custody of the child”, and in fact, the parent had contested the award every time the grandparents sought to obtain it.

“Legal custody” means a legal status that vests in the custodian the right to have physical care and control of the child and to determine where and with whom the child shall live, and the right and duty to protect, train, and discipline the child and to provide the child with food, shelter, education, and medical care, all subject to any residual parental rights, privileges, and responsibilities. An individual granted legal custody shall exercise the rights and responsibilities personally unless otherwise authorized by any section of the Revised Code or by the court.

It is important to note that in the Hockstock case, the parent contested continued custody at every opportunity.  A parent who did not do that may experience a different legal result, and may have to prove a change in circumstances.

If you have a question about child custody question or if you need to enforce grandparents’ rights, please call Ascent Law at (801) 676-5506. We will help you.

Back Injury from a Car Accident

Deal with your Debt