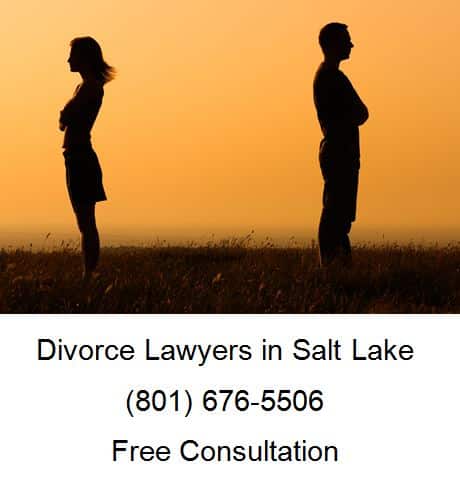 In an uncontested divorce, the couple is able to come to an agreement as to the property division, child custody, child support, and alimony without the need to have several third parties involved and pressuring such an agreement. This most often occurs where spouses both decide they no longer want to continue in the marriage and they both agree who should get what. Uncontested divorces have many advantages over a contested divorce.

In a contested divorce, each spouse is paying $250-$450 per hour that their divorce attorney works. Attorney’s fees alone usually end up costing the couple well over $5K-$10K. Plus you will have other filing costs, court costs, mediation fees, etc. The contested divorce also takes much longer.

What is an Uncontested Divorce?

Although an uncontested divorce can be done without an attorney, a good divorce attorney in Salt Lake City will do several things. The attorney can help you expedite the process; do everything for you so that you do not have to worry about it; make sure that all claims are finally settled and there will be no problems once the divorce is final; ensure that there are no delays due to improper filings, motions, etc.; and give you confidence that everything was done correctly. Additionally, an uncontested divorce is not always the right option, might not be fair under the circumstances, and could end up hurting one of the spouses in the long run. An attorney can help you understand if this is your best option.

How to Modify Custody?

Basically, you just need to file a petition with the court. From there, there might be additional discovery and motions. Most of the time modifications are much simpler than the previous Divorce or Paternity action.

Custody modifications are generally either very simple or very complex and rarely fall in the middle. Easy modifications are ones in which a parent is only ratifying the current parent time schedule of the parties. For example, let’s say that a decree awards the mom sole physical custody of the children. For whatever reason, the dad has been exercising parent time half of the time. In other words, dad has been exercising joint physical custody. The Decree still awards mom sole physical custody which means that at any given moment, mom can refuse to allow dad equal parent time. To protect himself, dad would need to file a Petition to Modify and request that the court ratify the changes the parties have made. The Court will ultimately enter a Decree that awards mom and dad joint physical custody with equal parent time.

Court’s love the status quo. If you can show the court that mom and dad have had equal parent time for an extended period of time, then it is almost inevitable that the Court will award the parents equal parent time. A child custody lawyer should be able to help you ratify changes for relatively cheap.

The more difficult custody modifications relate to the noncustodial parent believing that it is no longer in the best interest of the children that the custodial parent exercise sole custody. For example, perhaps the custodial parent has been influenced by a boyfriend or girlfriend. The custodial parent once spent most of his or her time with the children, now he/she stays out late, gets drunk around the children and no longer provides a safe, loving environment. These are the hard custody cases. They are difficult because the Court will only care about what you can prove. It is not enough to stand up in the courtroom and say, “my ex is a drunk and gets wasted in front of the kids.” The Court needs more concrete facts.