Alimony is money one spouse pays to the other for support either during or after a divorce. In Utah, alimony is sometimes called “spousal maintenance,” “spousal support,” or a “spousal allowance.” When spouses with large differences in income separate, a lower earning spouse may be unable to continue paying for normal living expenses, in which case a court may require the higher earner—whether that’s the husband or the wife—to assist the lower earner financially for at least some period of time. 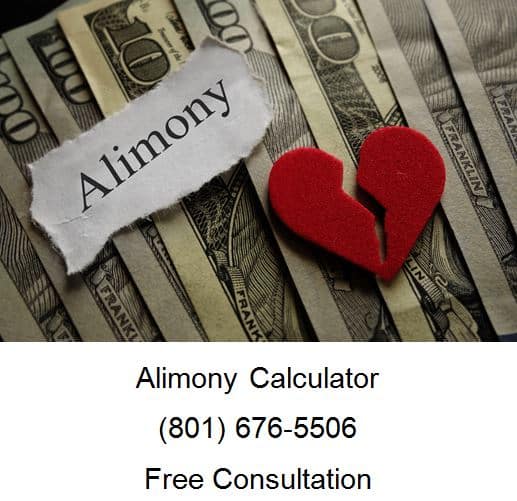 Types of Alimony Available in Utah

Utah law allows a judge to award temporary alimony during divorce proceedings—sometimes referred to as alimony “pendente lite”—as well as temporary or permanent alimony after the divorce is final. Usually, the paying spouse gives the recipient spouse a specified amount periodically—monthly or biweekly, for example—for a set length of time. In a few cases, the alimony order calls for payment of a lump sum.

Permanent alimony was once common but is becoming increasingly rare–and even when “permanent” alimony is ordered, it’s usually not truly permanent, but just long-term. Permanent alimony is generally reserved for older spouses who have served as homemakers during long marriages. A couple can also agree between themselves to provide one spouse with long-term or permanent alimony.

Particularly in shorter marriages, courts tend to look at alimony as rehabilitative—paid for a temporary period of time to allow a spouse to find a job or obtain training and education to improve employment prospects.

In some cases a court may award limited alimony as reimbursement to a spouse who worked to support the couple while the other spouse attended graduate school or advanced vocational training.

To award alimony a court must find that one spouse has financial need and the other has the ability to pay. A court will determine whether there is both need and ability to pay by looking at all of the relevant circumstances in a particular case. One of the biggest factors an Utah court will consider is the length of a marriage. In a short marriage, the mutual investment in the couple’s standard of living is generally substantially less, calling for either brief alimony or none at all.

In evaluating a spouse’s need, a court will first consider the extent to which separate assets, or any marital assets the spouse receives in an equitable property division, may provide a sufficient means of support without an alimony award. (This means that alimony is always determined after the property division is complete.)

In determining the ability of a higher earning spouse to pay alimony, the court will generally not consider as part of the paying spouse’s assets any property the spouse owned before marriage, or acquired by gift or inheritance, unless the property was used by the couple as a source of income during marriage. A court may consider vested retirement benefits accumulated during the marriage as an available source of alimony if the couple has been married for at least 10 years.

There is no specific formula governing the calculation of alimony in Utah, and a court has great discretion in deciding what amount to award, or whether to award any amount at all.

Termination or Modification of Alimony

Unless the couple has a written agreement stating that they won’t seek any changes in alimony, a court can modify periodic payments on a showing of material change in circumstances. Proof that a spouse has remarried or is cohabiting in a marriage-like relationship with a person of the opposite sex will generally result in termination of an award.

Periodic alimony payments are usually taxable to the recipient and tax-deductible by the payer. Couples can sometimes take advantage of this situation by structuring alimony payments to create the best possible tax scenario for both spouses. The IRS generally treats lump-sum payments as property distributions even if the court or the couple refers to the payment as alimony. Under these circumstances there would be no tax effects for either spouse.

How Often Can You File Bankruptcy?

How Do I File For Divorce in Utah?