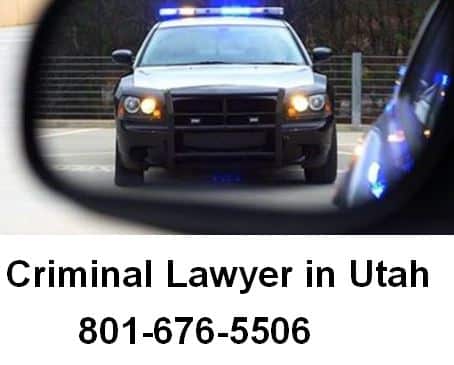 Now, however, the Utah legislature has changed that.  Pleading guilty to a second degree felony child pornography charge will place the defendant on the sex offender registry for life.  This has a significant impact on the person’s life as it restricts a person from living within a certain distance from schools and churches.  The defendant is prohibited from visiting locations populated by children, such as parks. If you need a criminal lawyer, be sure to call Ascent Law today.

Although your attorney should tell you about your placement on the sex offender registry, if your attorney fails to notify you of this “collateral consequence,” you will not be able to withdraw your plea.  State v. Trotter states that the consequences of being registered as a sex offender do not amount to a restriction that is as severe as deportation.  Therefore a defense attorney need not inform you of your placement on the sex offender registration because of your plea.

It is critical that you consult a defense attorney with extensive experience in handling child pornography cases and who understands all of the consequences that can happen as the result of a conviction.

Child Pornography Investigation–what should you expect if you are being investigated for possessing child pornography?  It will probably start with a knock at the door by law enforcement informing you that they have a warrant to search your phone, computers, etc. for child pornography.  Extremely stressful –to say the least.

As law enforcement agents proceed to do preliminary tests on your computer to check for child pornography, another officer will generally attempt to interview you.  Because you are not in police custody, you will not be given your Miranda rights.  Before giving an interview, ask for an attorney.

Your computers, cell phone and other items authorized to be seized in the warrant will be taken by officers.  Because of a backlog at the crime lab, it takes months, sometimes up to a year, for the computers to be analyzed.  Law enforcement officers often will tell suspects that they will be contacted once an investigation is complete.  Be sure to contact an attorney immediately.  I have received calls from many who end up in jail on a huge warrant because they thought they’d be notified by law enforcement before a warrant goes out.

It is easier to keep a person out of jail than to get a person out of jail. A qualified attorney can track your case with law enforcement and the district attorney to determine if/when charges will be filed. This allows an attorney to arrange for a surrender on a warrant, hopefully with release to an agency that will supervise the defendant without him having to post bail.

Can A Selfie Lead To A Child Pornography Charge In Utah?

In an age when social media seems to have become one of the available means of communication, photographs as part of a text message, email or social media upload have become common. Selfies, or pictures one takes of himself or herself, have become increasingly popular. Some of those selfies are racy or contain sexually explicit material. If sexually explicit selfies are of an underage person or sent to an underage person, the selfie might run afoul of the child pornography laws.

What is child pornography?

Can a child be charged with child pornography?

If you are facing child pornography charges because of a selfie, you shouldn’t waste any time getting your defense started. Any charges related to child pornography are serious and can have effects that last for the remainder of your life.

When you need a lawyer to help you with child pornography charges, call our office for a free consultation. We want to help you.

Which Bankruptcy is better to file?