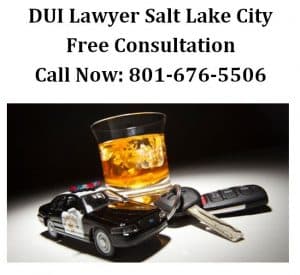 As Salt Lake City Utah DUI Defense Attorneys, we have seen all the ins and outs of what law enforcement can and cannot do. We are here to protect your rights, prove that you are innocent, or reduce your penalties if you made a mistake. We review police reports and all evidence to make sure that the police did their job correctly. If they didn’t, we’ll bring it to the judge’s attention and get your case dismissed (which we have done before for other clients).

We’ll look over the police report and all the evidence they have against you. We’ll get body cam videos, dash cam videos, blood test results or breathalyzer tests and we’ll review any witness statements. We’ll make sure that if there is a way to get your case dismissed or thrown out of court, it happens. If we can’t get your case thrown out of court, we’ll either get you the best deal possible or discuss with you your options for trial.

What is a DUI in Utah?

A DUI (or in other states called a DWI) means driving under the influence of either drugs or alcohol. DWI means driving while intoxicated. In Utah, the DUI code is found under Title 41, Chapter 6a, Part 5 of the Utah Code Annotated. Click Here to read the actual statute.

Is a DUI in Utah a Felony Crime or a Misdemeanor?

You can get charged with a misdemeanor or a felony DUI in Utah. Usually, if it is your first offense, you will be charged with a misdemeanor. This is especially likely if you have not been in a car accident as a result of the DUI and if it is your first offense. In Utah, if you have prior DUI charges, second and third DUI convictions hold very stiff penalties.

What is the Jail Time for DUI Convictions in Utah?

If it is your first time being charged, please keep in mind that a charge is not a conviction. You are innocent until proven guilty or until you plead guilty. So, with that said, if you are convicted of a DUI in Utah, the minimum sentence is 48 hours in jail and for a second DUI conviction is 10 days in jail. These are typically misdemeanor charges. If you have a third DUI conviction within 10 years, you will automatically be charged with felony DUI. Additionally, you can be charged with felony DUI if you caused a serious accident because of being on alcohol or drugs. A serious accident is one where someone died or was seriously injured. If you are convicted of a felony DUI in Utah, you are looking at more than 62 and 1/2 days in jail (minimum) or up to 5 years in state prison (maximum).

Can I Get My Jail Time Converted Into Community Service?

The short answer is maybe. We have had cases where we have gotten jail time turned into community service; however, we need a good reason to ask for it and we need a way to show that you deserve it. Some judges are more harsh in their sentencing than others. The judge assigned to your case will play a big role as to whether or not you will be able to receive community service over jail time. Please keep in mind that judges are not bound by sentencing recommendations, so they can decide differently than we have worked out with the prosecutor in your case; however, our experience has actually never seen that happen – but it could. The facts of each individual case makes a difference as to what will happen. This is why you need our office on your side. With Ascent Law, you will have seasoned criminal defense lawyers who know the judges, know the prosecutors, and can get you the best deal, or even get your case dismissed.

What are the Fines In DUI Cases in Utah?

For all DUI cases, courts lean toward rehabilitation now more than punishment. This means that usually the judge wants you to get better. Because this is the case, you usually have to get into some type of treatment or go to a clinic and have an evaluation done. If there is recommended treatment from a provider, you must get that treatment as part of your sentencing. If you need treatment, we can usually get the cost of treatment to offset your fines due to the court.

What is the Minimum Blood Alcohol Content For DUI in Utah?

As you have likely heard on the news, Utah now has the lowest blood alcohol content in the entire United States a .05 means that you are legally drunk and unable to drive. For some people this is just 1 or 2 beers. We recommend that you do not drink any alcoholic beverage and then drive at all. Because it is so low, the chance of being charged with a DUI is simply not worth the risk. Not only could you be charged, but you could injury yourself or someone else.

Do Not Drink any Alcohol and Drive in Utah

Drinking and driving is not only dangerous for the other guy but also for you and any of your passengers. You should refrain from drinking and driving as there is a significantly increased risk of car accidents, damage to property and injury to people. Prevention is always better than cure. Hence, drinking and driving should not go together. In all of the DUI cases we have done in Utah, there is not one where our client hasn’t had regret for what they did.

Will my Driver’s License get Suspended?

The heavy criminal DUI charges have already been explained above, but your car is likely to be impounded, and there is a mandatory suspension of your driver’s license. You can have a hearing to prevent cancellation of your driver’s license within 10 day; but even doing that it is unlikely that they will not suspend your license. Keep in mind that just being charged with the DUI will get you’re a suspended license. It doesn’t matter if we can keep you from being convicted, the DMV will still suspend your license.

DUI Attorneys in Salt Lake City To Fight for Your Rights

Ascent Law has several attorneys who are licensed and regularly practice in the Salt Lake City Third Judicial District Court and surrounding courts. We provide you with a local criminal defense lawyer for local representation in DUI matters.

Whether you have been charged with a misdemeanor or a felony, we want to help you. Call us today to discuss your case either in person or over the phone.

What Qualifies as a Hit and Run Accident in Utah?