Because I am a lawyer in Utah, I’m often asked about issues with child custody and child support. When it comes to child support in Utah, both parents are responsible for ensuring their child has sufficient funds. It becomes a more complicated matter if legal paternity is not established, even if the biological father is known. 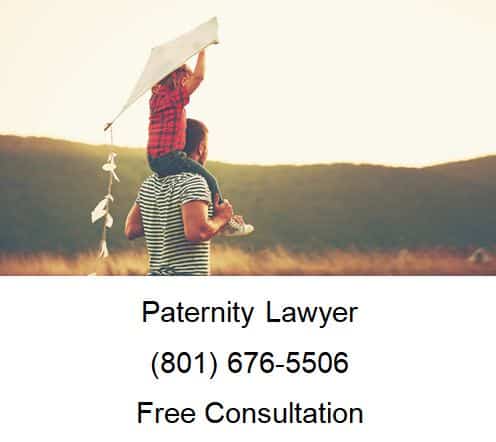 Despite being the biological father, without official paternal establishment, a man does not have the legal rights or responsibilities of being a father. These include custody, visitation and child support. In order to establish the rights of the father, there is a formal application process for legal paternity. This typically requires submitting some paperwork and might also include a DNA paternity test, depending on the support of the mother.

According to Paternity Matters, in Utah, the definition of paternity includes the legal recognition of the father. The state, the child, the mother or the biological father might initiate this process. It is typically done through submitting the Voluntary Declaration of Paternity, which is issued by the Department of Health, Office of Vital Records and Statistics. It is provided free of service at the birth of the child, but can be submitted at any time after the birth for a fee.

For this to be done, both parents must hear a message or watch a movie, read the official legal notice and then sign the document with witnesses. This establishes legal paternity, which also adds the father’s name to the child’s birth certificate. After this document is submitted, the legal father will be responsible for child support, so the mother has the right to file an order.

Paternity establishment typically occurs when a woman is unmarried, since for married women, the paternity is assumed to belong to the husband. If this is not the case, then a Utah Voluntary Declaration of Paternity or some other legal order provides the paternity rights to the biological father rather than the husband. This information is intended to educate only and should not be considered legal advice.

Because couples experience so many different fond memories and difficult times together, no two Utah marriages are the same. And because of that, every divorce is also unique. As it turns out, collaborative divorce may be particularly fitting for one specific demographic of couples across the country since the group is faced with several unique opportunities and challenges during the divorce process.

Since collaborative divorce incorporates several legal and financial resources into the process, relying on the valuable insight of figures like financial advisors and experienced family law attorneys to help divorcing parties come to a mutual agreement on their own, it’s an effective option for couples seeking a divorce after many years of marriage. The number of long-term married couples filing for divorce has increased considerably in recent years, and many of which do so because they feel disconnected from one another after their children leave home. As a result, these couples do not experience many of the issues that contribute to other divorces and divorce disputes.

Despite the fact that older couples in the midst of divorce proceedings may not typically come across such issues as child custody and/or support arrangements, they may encounter concerns over factors like spousal support. Alimony is often considered in cases where one party relied on the financial support of the other, but such arrangements are often temporary. Therefore, it is in the best interest of individuals to think about how their collaborative divorce may affect their financial situation.

Given that so many people are living full and productive lives well into their later years, it’s important that sound legal counsel is obtained to help ensure that those seeking divorce after decades of marriage come to a fair and reasonable agreement.

Want to Get Out of Debt?