In its infancy, the United States had sovereign immunity for federal and state governments and their employees. It wasn’t until the mid-1900s that a trend developed that held the government accountable for any cases, including wrongful death or other legal actions.

Today the State Tort Claims Act provides a waiver of immunity with expectations that apply to certain claims against the government. This probably seems like a mouthful, but having the right lawyer on your side that knows government laws can help you with a case in Salt Lake City, Utah or elsewhere. Because I’m a West Jordan injury lawyer, I’ve seen all sorts of injuries and accidents and ones against the State of Utah can be difficult. 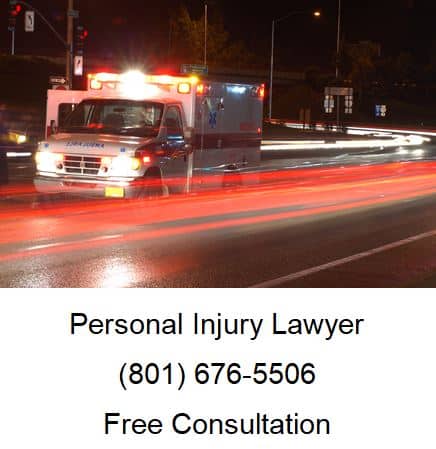 This act limits immunity to the state, and sets up a procedure for claims against the state. The board or commission will determine whether the claims are valid, and may also limit damages for certain liability. At least 33 state acts — including Utah’s — limit the damages that are recovered from judgments against the state. This is why it’s important for residents of Salt Lake City to have a lawyer that knows what actions to pursue against the state. If you plan to pursue a claim against the state, there are certain facts and assertions that need to be sent in. The government then has 60 days to inform the claimant if the claim has been approved or denied.

If immunity is waived against the government, then the department or entity will be considered as if it were a private person. This would be the case if a wrongful death occurred on government property, but again this can be a tough call against the government. According to Utah Code Ann. 63-30d-301 (5)(a), “immunity is not waived if the injury resulted from an exercise of discretionary function.” This case would determine whether a lawyer could successfully sue the Salt Lake City or Utah government for negligent acts.

There are different parts of the government that function outside the Act, including 911 emergency medical services, government volunteers and hazardous materials. All of these could lead to a wrongful death case, in which you might require a wrongful death lawyer.

Make sure you hire a lawyer that knows the law well, and what they can do to help your case against government officials in Salt Lake City or elsewhere throughout the state of Utah.

There are many great reasons to ride bikes. Bicycling saves money and helps preserve your health and the environment. If you are going to ride your bike to celebrate National Bike Month, make sure you and your children wear a helmet. Many people think helmets are just for children, but most cyclist casualties are adults (88 percent) as opposed to children (12 percent). In 2014, 21,827 cyclists were injured in reported accidents. This can often be grounds for an auto accident lawsuit. Consider speaking to a lawyer today if you are a victim.

According to the Insurance Institute for Highway Safety, each year two percent of car accident crash deaths are cyclists. Driver/rider error is the most frequent reason for car accidents with cyclists involving 73% of cases. The most serious injuries are to the head and neck. Helmet use has been estimated to reduce the odds of head injury by 50 percent, and the odds of head, face, or neck injury by 33 percent.

Although the accident might not be your fault, getting hit by a car will always be worse for the cyclist than the vehicle. Just this last month, a cyclist was killed in a hit-and-run accident in West Valley City. This death could have been prevented if the driver would have been paying attention and seen the victim. There are some things that you can do to make your chances being seen and avoiding a car accident less likely. In the unlikely event that you are involved in an accident, make sure you see an attorney or a lawyer for help.

The first is to get a headlight. If you are going to ride at night, you drastically reduce your likelihood of being involved in an auto accident when you use a headlight.

The next step is to wave or make eye contact with the drivers. Being noticed is one of the best ways you can avoid an accident.

Finally, slow down. It may be inconvenient, but it is better than getting hit. Slowing your speed allows you to have more time to stop if the driver does not see you.

Enjoy the fresh air this May and join in the celebration of National Bike Month. Just remember to take precautions and if something happens to you, seek a lawyer that can fight to get you the care you need.

Free Initial Consultation with an accident and injury Lawyer

How Do I Send a DMCA Take Down Notice?

Effective Discovery in a Divorce

What is the Miranda Warning and What does it mean?