Generally, Letters of Administration are documents issued by the Utah Probate’s Court authorizing a person (called ‘Administrator’) to manage or distribute the property of a deceased person who died intestate (without making a Will). A Utah probate lawyer will explain the function of these documents to you directly so it is clear. 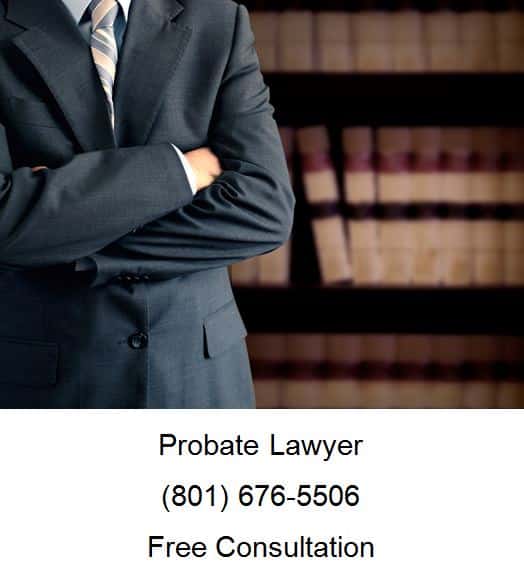 Individuals can and should determine the distribution of their estate by preparing a Will which usually specifies an executor to carry out its directions. Where the decedent has left no Will, the Utah laws and procedures determine both to whom and by whom a decedent’s estate will be distributed.  It is important that the deceased’s close family members protect their interests in the decedent’s estate including being appointed as an estate Administrator. Imagine a situation where a person dies without having prepared a Will and a distant relative is appointed as Administrator and the decedent’s house and all other assets are inherited by this relative whom the decedent disliked or had no contact with for many years.  Moreover, it may turn out that a government official called the Public Administrator will be appointed by the Court to administer the estate.  The Public Administrator and his attorney are required to be paid a fee which will diminish the funds going to the decedent’s family.

The estate laws determine the family member that have the right to be appointed as an Administrator of an Estate. The Probate’s Court Procedure Act (SCPA) has many section s dealing with Intestate Administration.  Section 1001 of the SCPA provides the order of priority for the appointment of the Administrator.

When a person prepares a Last Will in which he nominates an executor, the intestacy law no longer control the selection of the estate fiduciary.  It is apparent that a person should prepare a Will so that he can select the persons who are to be in charge of handling all estate affairs.  This selection is usually a close relative or friend.  The nominated executor must present the Will to the Court for his official appointment as Executor. An attorney may be helpful in this process.

Administration proceedings can be complex and involve many issues such as proof of kinship and a search for unknown heirs. Letters of Administration will need to be obtained which requires filing a petition and many other documents with the Court.  The petition for Letters of Administration is filed in the Probate’s Court in the county where the decedent lived.  For example, if the decedent lived in Manhattan, the papers are filed in the Utah County Probate’s Court which is located at 31 Chambers Street in Utah.  Most of the Probate’s Courts in the various counties have the same requirements regarding the papers that must be filed such as the death certificate, petition, affidavit of kinship and affidavit of no-debts.   However, experienced estate attorneys are aware that some of the Courts have their own particular requirements and forms.  It is important to find out about these various estate filing specifics as soon as possible when preparing the filing papers.

An Executor and Trustee and an Administrator are all what are generally known as fiduciaries. Fiduciaries have many duties and responsibilities. These obligations are set forth in statutes and by the courts which have developed standards of conduct to be followed by fiduciaries. A Utah estate planning lawyer can explain them in greater detail.

Executors and Trustees and Administrators are all generally accountable and responsible to the court and to the persons who are the beneficiaries for the assets which they administer.   Such responsibilities involve duties of care so that assets are protected, obligations that prohibit self-dealing and a duty to account for the assets they collect and payments they make.

Sometimes there is confusion as to the difference between an Executor and Trustee.  When a person executes a Last Will, he typically nominates an Executor and substitute or successor Executors.  The job of the Executor is to follow and carry out the terms of the Will.  Once the Will is admitted to probate, it becomes validated by the Court.  Say for example, that the Will says that the decedent’s house is to be sold and that the proceeds from the sale are to be divided into three shares, the Will further states that two of the shares are to be given to two named estate beneficiaries, However, the third share is to be given to a Trustee to be held in trust pursuant to the trust terms that are set forth in the Will.  This is called a testamentary trust.  The Will typically names the Trustee. Once the executor pays the proceeds to the Trustee, the executor’s job is finished and the Trustee takes over and administers the trust assets according to the Will provisions.  It is possible, and often occurs, that the person named as Executor also acts as the Trustee.

Executors and Trustees serve an important role in Estate Planning.  They are essential in implementing and fulfilling the intent of the creator regarding the disposition of assets.  They can also have a vital role in safeguarding the economic welfare of minor children and beneficiaries who suffer from disabilities.  It is common that a Utah Estate Plan will include a Supplemental Needs Trust to benefit someone who is receiving governmental benefits such as Medicaid or social security disability.  An attorney may be helpful in this process.

When you need help with an estate or when a loved one has passed away, call Ascent Law for your free consultation (801) 676-5506. Our compassionate and experienced lawyers are here to help you.