In today’s litigious society, it is an almost certainty that everyone knows someone who has battled through some legal obstacle. We are a litigation law firm that helps people just like you recover from loss or exercise your rights under the law. Another almost certainty is that, with tens of thousands of civil lawsuits filed every day, chances are your turn is coming, if it hasn’t already happened.

Why is this so? Why has litigation increased so dramatically in just 50 years or so? Is it because Americans are injuring each other more than we did two generations ago? Hardly. The root problem, unfortunately for America, lies elsewhere.

A more likely scenario is that, as America grew rich beyond the wildest dreams of our Founding Fathers, the meritocracy that had been “The American Way” for more than 200 years gave way to something else. 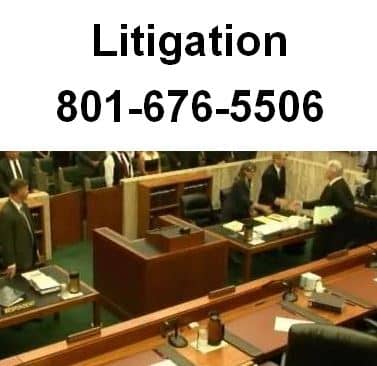 It may be that life had become increasingly easy for most Americans. Even as early as 1960, President John Kennedy saw something corrosive happening to the character of America and Americans, when in his Presidential Inaugural Speech he said, “Ask not what your country can do for you. Ask what you can do for your country.”

So affluent has America become that Americans have come to believe increasingly that every problem can be solved with money. Ignored is the real tragedy of modern America. As it has grown rich and richer, our country has become more and more removed from the ethos of personal responsibility and accountability that made America strong, powerful and respected. No longer self-reliant, Americans have begun seeing themselves as victims of every mishap and misfortune that comes their way. They have come to believe that they have the right to sue for every right they think they have. Forgotten or ignored is the fact that with every right – every freedom, if you will – comes a corresponding responsibility, and that the two are inseparable.

Americans have come to believe that nothing is their fault; that someone else is always to blame. They also have a growing sense of entitlement to compensation from anyone and everyone or any entity or entities that may have contributed in any way, direct or otherwise, to any injury, real or not, regardless of personal fault.

Seizing on society’s growing sense of victimization and entitlement, predator-attorneys helped convince much of the public that it has a “right” to sue neighbors, friends, even family members and employers, doctors, businesses and industries for whatever “wrongs” may occur.

Through advertising, media hype and the actions of lawyers and courts, much of society has been convinced that victimization and entitlement are normal, acceptable forms of behavior.
Accordingly, we have been taught that harsh, aggressive, and vengeful pursuit of cash compensation for real or imagined “wrongs” is the new “American Way.” And it is as American as baseball and apple pie.

Worse yet, when victimization is rewarded, it becomes legitimized and reinforced in ways that ultimately are destructive to the so-called “victims” and to society as a whole.

Fifty years ago, most of our parents or grandparents wouldn’t know how to find a lawyer let alone engage one. You just didn’t sue anyone. It wasn’t done. If you got injured, insurance would cover the claim or the offending party would pay the cost of the injury, if you were lucky. Everyone involved chalked up such experiences to the school of hard knocks and went on with their lives. We used to think, accidents happen! No one thought about punitive damages or compensation for trauma, mental anguish, or emotional distress. No one even knew what those terms meant. Not so today.

Confronted by the overwhelming litigation that surrounds us all and the disdain society feels toward lawyers, it is no wonder a poll by Harris Interactive concluded that 54% of those surveyed do not trust the legal system in America, while 83% believe the system makes it too easy to file frivolous lawsuits. In another Harris survey, only about 11% of the public said they had confidence in America’s law firms, which is only slightly higher than confidence the public has in the two lowest rated institutions surveyed – Wall Street and Congress. Even more revealing than the public’s negative attitude toward law firms is a Gallup poll that ranked lawyers next to last in honesty and ethics – just a hair above used car dealers. My, how far the mighty have fallen!

Despite these deep-felt negative apprehensions about the law and lawyers, an American Bar Association survey of its members incongruously indicates that 80% of the respondents think that, “In spite of its problems, the American justice system is still the best in the world.” Now that’s denial. “Of course, these poll results were reported by the news media, so they could be wrong,” says Dave Barry, the popular American satirist. “There might not actually have been any polls; it’s possible that some reporter just made the whole thing up. But I don’t think so.”

Despite such broad-based and growing public distrust of the civil justice system and disdain for lawyers, the public nonetheless appears undeterred in its headlong rush to get whatever it can from whomever it can.

When you need a litigation law firm to help you with a lawsuit, call Ascent Law for your free consultation (801) 676-5506. We want to help you.