When you begin dating it’s a whole new world with several prospects on the horizon. Online dating has made it easier to find love in an already difficult dating scene. Many websites will match you to people with similar interests in your area. You can get to know each other and begin an intimate relationship without ever meeting in person. Many relationships that begin online end in marriage. Things are blissful for some time and then here comes the dreaded divorce talk and threats of finding the best divorce lawyer. When the dreaded prospect of divorce arises contact a Salt Lake City divorce attorney to discuss options. There are several reasons why a relationship that begins online has a higher chance of ending in divorce. 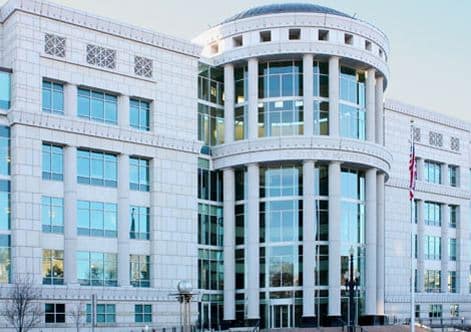 When the relationship is based solely online and through a screen, the chemistry feels electric. Then it comes time to meet face to face and the chemistry just doesn’t translate. You can’t stand each other and simply just don’t get along. There is absolutely no attraction but yet you’re stuck here with nowhere else to go. Even though many dating sites will match you with someone in your area some couples have to travel different states or countries to be with each other. In theory, you think you are both meant to be. You have similar backgrounds and morals. It’s a perfect match well that’s what the dating site says anyways.

Chemistry can also fade over time as with any relationship. It can be great without any issues, you even make it to the altar without any major relationship problems. You had talked and fantasized about this from the moment you started dating and your time has arrived; wedded bliss. The expectations are high and aren’t being met. One partner feels let down and disappointed leading to resentment. The other partner begins to feel as if they have let you down. You both come to the conclusion that divorce may be the only way out.

When couples live in different areas and aren’t close together this puts a major strain on the relationship. They have to move figuratively and literally to resolve the issue. One partner will need to uproot their entire life to make things work. This is a big step that requires many changes and a lot of compromises. One spouse will need to give up their home, job, friends, and family for love. The first step is finding a new job which isn’t always easy so in the meantime, you have to depend on your partner for financial assistance or eat up any savings you have. This starts to build resentment if the communication isn’t there yet. When things don’t end up working out and it gets too difficult, arguments begin leading towards a downward spiral ending in separation and divorce. Couples should sit down and come up with a realistic plan of action and have contingency options if things go awry.

Child Custody Cases: There are few bonds more precious than a parent and their child. In many instances, fathers take a very active role as their child’s development. But in far too many cases, the rights of fathers are constantly under attack. For example, Utah’s adoption laws call for the consent of one parent. In the vast majority of those cases, fathers often find themselves in a powerless situation. The bias against fathers in Utah involving adoption is extremely blatant. State laws allow mothers to place their child up for adoption without consent of the father. In fact, the father does not have sign the papers. The state’s adoption law bias is so notorious, many mothers from other states travel to Utah just place their child for adoption.

THE RISING TREND OF CUSTODIAL INTERFERENCE IN SALT LAKE CITY

Divorce can often get messy.  Child custody is one of the most complex issues in Utah family law. In addition to complying with legal obligations, fathers must also wrestle with emotional issues when it comes to the custody of their children. There are many questions that need to be answered. Who has access to the children when they are with the other parent? How much time will the child get to spend with each parent? The sad truth is many parents do not properly follow the child custody arrangements made by the court. The amount of custodial interference cases in has skyrocketed in recent years. In far too many cases, the rights of fathers are being ignored.  Here is how fathers can protect themselves.

A recent study conducted by a respect law firm indicates, there is a clear bias against father–particularly in cases involving custodial interference.