As a Prenup Lawyer in Salt Lake City, we’ve discussed how important a prenup is and although U.S. divorce rates have been in decline in the new millennium, many people still find it advisable or beneficial to create prenuptial agreements that protect their interests and assets in case a divorce happens. It’s true that prenups can be useful agreements to protect people from the harmful fallout of a divorce. However, certain elements of a prenup could lead to the agreement being invalidated by the courts.

The following are a few of the factors that could lead to an invalidated prenup: 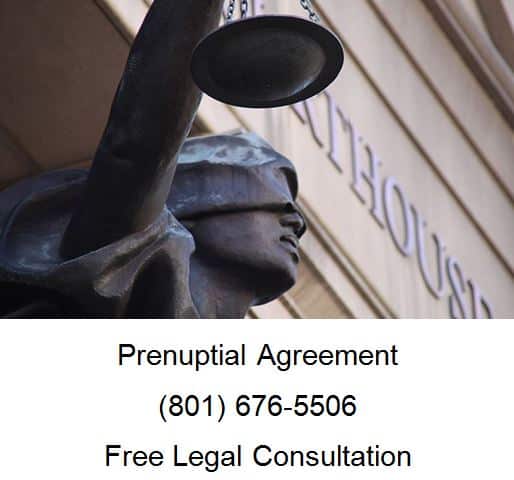 Fraud will Invalidate a Prenup

All legal contracts have an implied “good faith” requirement, and both sides must honestly represent their positions when entering the agreement. With a prenup, this means a full, honest disclosure of all assets owned upon entering the marriage.

Negotiation of a prenup includes determining what happens to all current and future assets and earnings. A failure to accurately disclose current assets or the values of these assets could be considered fraud. This could lead to a judge invalidating the entire agreement.

Coercion will Invalidate a Prenup

A court will invalidate any prenuptial agreement entered because there was undue pressure on one or more of the parties who signed it. Coercion can be difficult to prove, especially if it comes down to one person’s word against another. But when proven, it invalidates the contract because it was not a reflection of the intent of at least one of the parties.

Unconscionable actions will Invalidate a Prenup

In some cases, courts will invalidate prenups based on gross inequality or the contract lacking basic fairness. This is the most difficult argument to make when seeking the invalidation of a prenup. The agreement being more favorable to one of the parties is not enough reason for it to be invalidated. That inequality must be so large that the court considers it “unconscionable.”

Questions the court will consider include whether each spouse had his or her own attorney to examine the agreement, if all disclosures were made in good faith and if there were any clauses that could not withstand a legal challenge.

Advantages and Disadvantages of Prenuptial Agreements

If you are considering adding a prenuptial agreement to your marriage, it is important to first consider the benefits and disadvantages that such an agreement could have for you. The following are some of the key advantages that come with a prenup:

Although people tend to believe that prenuptial agreements can lead to conflict in a relationship, having communications and expectations in place before the marriage could actually strengthen your relationship, as you are being open and upfront about some important issues right at the outset of your marriage.

However, there are certainly some downsides to these arrangements. Consider the following potential disadvantages:

If you need a prenup, have one and are considering divorce, call Ascent Law for your free consultation (801) 676-5506. We want to help you.

Power of Attorney for Living Wills and Healthcare