The Utah Supreme Court has issued a decision in the case of State of Utah v. Cooper John Anthony Van Huizen. The citation for this case is 2019 UT 01.

This is a criminal case which was brought up because the judge who sentenced Cooper to prison was married at the time to the Chief Criminal Deputy for the Weber County Attorney’s Office. Copper argued on appeal that this relationships between the deputy and the judge created a conflict of interest and the case history involves the Utah Court of Appeals vacating the juvenile court judge’s decision to bind Cooper over to the District Court when he was a minor to be tried as an adult in the District Court (even though he was still a minor.

There is a long and lengthy background to this case but one important thing that we can get from this case is that unless there is an actual conflict of interest where one party knew that the other party had a relationship and that it actually affected the outcome and there was no need or obligation by the judge to recuse himself or herself unless that actual knowledge exists.

Of course the Utah Supreme Court has found and does now state that if there is an actual conflict of interest; then, the judge is obligated to recuse himself or herself. However, in this instance it is incorrect to automatically assume that you have occurred when the parties did not even know there was an issue and there was nothing actually known or there was no actual inference that any party was negatively affected by the relationship between the judge and the Chief Deputy during this case.

The case also addresses that there were 2 other issues such as whether Cooper had ineffective assistance of counsel and whether the juvenile judge misrepresented certain parts of the Serious Youth Offender Act by not considering other factors in his case; however, although the Utah Supreme Court has jurisdiction and the discretion to these issues they declined to do so and they reversed the decision of the court of appeals reinstated Cooper’s conviction and sent the case back to the court of appeals to consider the merits of Cooper’s other claims. So at this point the Utah Court of Appeals must make a decision on the 2 issues argued by Cooper.

If you have a case that you want to appeal, or if you have a question about appeals law, please give Ascent Law a call for your free consultation. We want to help you. 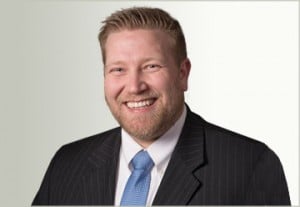 Preponderance of the Evidence