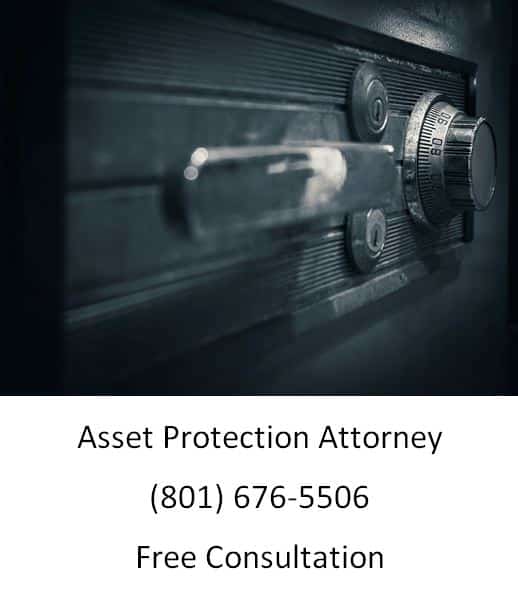 Often the key issue in asset protection is determining whether the planning is too late. Because I’ve been an asset protection lawyer for awhile, I can tell you that each state has laws against “Fraudulent Transfers” which are those intended to defraud or defeat a creditor or which effectively leave you unable to meet an existing or anticipated obligation. Transfers which violate these rules can be voided or damages can be recovered. For example, if you have a debt coming due in several years, you cannot transfer money or property to avoid paying that claim. The same is true with any other liabilities including an existing negligence claim or any other amount owed.

Fraudulent Transfer laws do have a statute of limitation which creates a legal time barrier to when a creditor can challenge a transfer. This time period varies by state but is generally between 4 and 7 years. That is any transfer made cannot be challenged by a creditor after the limitations period.

Some states significantly reduce this period for transfers made to an asset protection trust created within the state. For transfers to state sanctioned asset protection trusts, the period may be much shorter. Nevada, for example, generally limits fraudulent transfer claims by existing creditors to the later of 2 years or 6 months from discovery. (See note below for Delaware and Nevada statutes of limitations). In Ohio this period is 18 months and the clock can start to run on the filing of a notice. In this manner, assets can be protected from even existing creditors in a period of as little as 18 months.

Ohio, Nevada and other states have also changed the standard of proof required. The normal civil standard for finding liability is known as “a preponderance of the evidence” that essentially means more likely than not. In order to set aside an asset protection trust, many of the asset protection states now require that the grantor’s intent must be proved by a much higher stander known as “clear and convincing evidence.” This is a much closer to ‘beyond a reasonable doubt” standard in criminal cases and is a much more difficult task for a potential creditor. Early planning is essential if preserving family assets is an important planning goal.

The worst time for asset protection planning is when you really feel like you need it the most. Increasingly, the law favors and encourages asset protection in most circumstances, but there comes a point in financial transactions and legal proceedings when it is no longer permitted. In some cases this boundary is clearly defined, but often the question of when the remedy of asset protection is still permissible is fuzzy. Experienced planners can follow several guidelines and make some educated guesses about where the line should be drawn in situations that physicians may encounter in their practice.

Fraudulent Transfers: It’s All in the Timing

Protecting personal assets from risk of loss and liability is firmly established as an accepted part of sound financial and business planning. The use of trusts, corporations, limited liability companies, family limited partnerships, and other strategies encourage business development and investment by enabling individuals and businesses to effectively limit potential losses from their professional activities. Clearly, business activity would diminish and the range of professional services offered would be substantially curtailed if individuals were unable to protect personal assets from lawsuits and liability exposure. The key consideration in asset protection has to do with when and why plans are enacted.

Laws in every state prohibit the transfer of property intended to “hinder, delay, or defraud” a creditor in order to avoid paying an imminent legal obligation (a practice known as a “fraudulent transfer”). The law also prohibits transfers that leave you unable to meet your foreseeable obligations.

How does asset protection function within the framework of the fraudulent transfer rules? In some cases the answer is clear: you cannot protect property from an already-incurred debt or judgment. You are obligated to maintain the ability to satisfy existing debts from your available assets or income. It is permissible to create an asset protection plan while you have outstanding obligations, as long as it is not directed at your current debts and you make available sufficient resources, from income or other assets, to repay your outstanding debt on a timely basis. If you fail to repay an existing debt, and it can be proven that the asset protection plan was intended to avoid this payment, fraudulent transfer rules permit your creditors to set aside the plan to reach those assets purposely moved out of harm’s way.

Although the law prevents you from creating an asset protection plan to evade current debts, it does allow for asset protection planning to avoid liability from future, unanticipated creditors. In these cases we can reasonably distinguish between “existing claims” and those that are still “potential, future, unforeseen claims.” For example, say you set up an asset protection plan and a negligent act involving a patient occurs several months later. Fraudulent transfer is not an issue in this case because the property transfer was unrelated to the claim subsequently developed by this patient. Presumably, at the time you implemented your asset protection plan, you did not know or intend that the patient would be injured. Similarly, loans and contracts entered into after establishing a plan, as long as the creditor is not misled, are also outside the scope of the fraudulent transfer rules.

Some cases, however, are not so cut and dried. Often, lawsuits against physicians are triggered by a negative but unavoidable outcome for a patient, without any wrongdoing or negligence by anyone. How do fraudulent transfer rules apply to a physician involved in a high-risk case, with clear potential for an unfavorable result? The focus in these cases should be the point at which the patient develops a claim – when he or she can establish both negligence and damages. In legal terms, that is when the cause of action arises. If neither of these elements has occurred then the physician is safely in the protected zone. But when one or both happen it is at least arguable that the line has been crossed and asset protection might not be effective if a successful case is later filed by that patient.

Talk to an Asset Protection Lawyer

The law is clear that the fraudulent transfer rules can be used to overturn an asset protection plan when it can be demonstrated that the plan was created with the intent of avoiding paying an existing debt or claim. It is equally clear that planning to protect against unforeseen future risks is both permissible and effective. The gray area in between is where uncertainty creeps in regarding timing, intent, and cause of action—this is where lawyers live and thrive, making this territory you should avoid. As always, consult with your advisors about the propriety of any financial planning, and make sure to address and resolve the timing issue before selecting the appropriate course of action.

A person may not bring an action with respect to a transfer of property to a spendthrift trust:

(a) If the person is a creditor when the transfer is made, unless the action is commenced within:

(1) Two years after the transfer is made; or

(2) Six months after the person discovers or reasonably should have discovered the transfer, whichever is later.

When you need help with Asset Protection, call Ascent Law at (801) 676-5506. You can come in or call in for your free initial consultation. We will help you.

Coping with Psychological Damage After An Accident