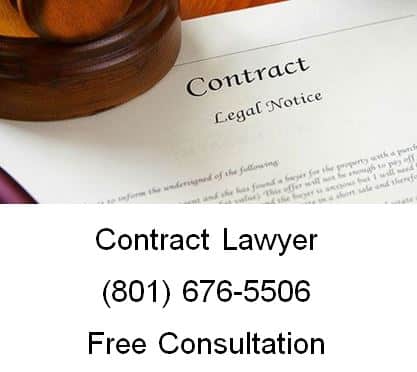 Is the Agreement a Contract?

In a dispute, the court must initially determine whether the agreement constitutes a contract or not. In order for an agreement to be considered a valid contract, one party must make an offer and the other party must accept it. There must be a bargained for exchange of promises, meaning that something of value must be given in return for a promise (called “consideration”). In addition, the terms of a contract must be sufficiently defined for a court to enforce them.

If a court determines that a contract exists, it must decide whether that contract should be enforced. There are a number of reasons why a court might not enforce a contract, called defenses to the contract, which are designed to protect people from unfairness in the bargaining process, or in the substance of the contract itself.

If there is a valid defense to a contract, it may be voidable, meaning the party to the contract who was the victim of the unfairness may be able to cancel or revoke the contract. In some instances, the unfairness is so extreme that the contract is considered void, in other words, a court will declare that no contract was ever formed. What are some of the reasons a court might refuse to enforce a contract?

A minor generally cannot form an enforceable contract. A contract entered into by a minor may be canceled by the minor or their guardian. After reaching the age of majority (18 in most states), a person still has a reasonable period of time to cancel a contract entered into as a minor. If the contract is not canceled within a reasonable period of time (determined by state law), it will be considered ratified, making it binding and enforceable.

Courts are usually not very sympathetic to people who claim they were intoxicated when they signed a contract. Generally a court will only allow the contract to be voided if the other party to the contract knew about the intoxication and took advantage of the person, or if the person was somehow involuntarily drugged.

Coercion, threats, false statements, or improper persuasion by one party to a contract can void the contract. The defenses of duress, misrepresentation, and undue influence address these situations:

The unconscionability defense is concerned with the fairness of both the process of contract formation and the substantive terms of the contract. When the terms of a contract are oppressive or when the bargaining process or resulting terms shock the conscience of the court, the court may strike down the contract as unconscionable.

A court will look at a number of factors in determining if a contract is unconscionable. If there is a gross inequality of bargaining power, so the weaker party to the contract has no meaningful choice as to the terms, and the resulting contract is unreasonably favorable to the stronger party, there may be a valid claim of unconscionability. A court will also look at whether one party is uneducated or illiterate, whether that party had the opportunity to ask questions or consult an attorney, and whether the price of the goods or services under the contract is excessive.

Rather than protecting the parties to a contract as other contract defenses do, the defenses of illegality and violation of public policy seek to protect the public welfare and the integrity of the courts by refusing to enforce certain types of contracts.  Contracts to engage in illegal or immoral conduct would not be enforced by the courts.

In order to cancel a contract for mistake, both parties must have made a mistake as to a basic assumption on which the contract was based, the mistake must have a material effect upon the agreed exchange, and must relate to facts existing at the time the contract is made. In addition, the party seeking to avoid the contract must not have contractually assumed the risk of mistake.

Avoiding Financial Conflict During a Marriage

Can Stepparents Adopt Their Stepchildren