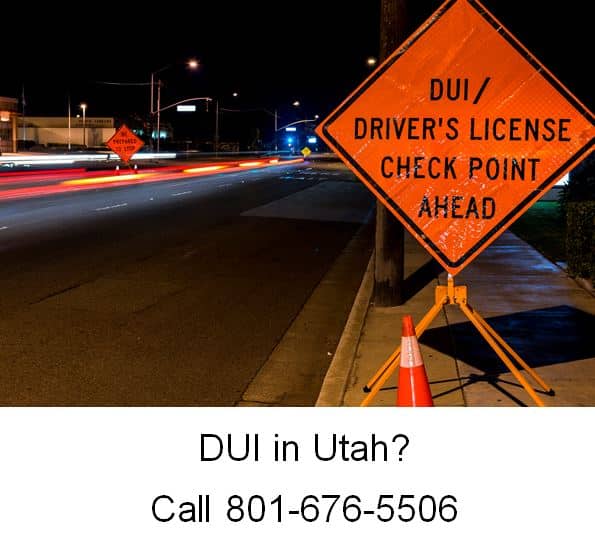 When a Utah resident is involved in a single-car accident, one of the questions that most law enforcement officials ask is whether the driver was impaired. As part of the investigation into the crash, field sobriety tests could be administered if the driver is not seriously injured. If the individual appears to fail those tests, he or she could end up facing charges for DUI.

One Utah man recently ended up in jail on suspicion of driving under the influence after he lost control of his pickup truck. When he did, it flipped over. When officers arrived at the scene, they claim to have reason to believe that the man was impaired. Reports indicate that he failed a field sobriety test, which is why he was taken into custody.

Utah man is facing charges for DUI after single-vehicle accident

His son was also in the pickup at the time of the crash and, like his father, only suffered minor injuries. Fortunately, neither of them needed to be taken to the hospital. The boy’s mother came to the scene to pick her son up. Preliminary reports regarding the accident claim that the man was speeding before he lost control.

Before he can be officially charged with DUI, it will need to be determined whether the man was, in fact, intoxicated when the accident occurred. Therefore, it would be a good idea for him to have criminal defense counsel available to ensure that his rights are protected as the investigation proceeds. If it turns out that he will be facing charges for DUI, a defense can then be prepared.

The new law aimed at those who are suspected of driving under the influence in Utah is not scheduled to go into effect until the end of 2018, but it is still garnering intense debate, both in the legislature and throughout the state. A .08 blood alcohol content is widely accepted across the country as the standard for DUI. Recently, state lawmakers voted to reduce the BAC from .08 to .05, but some lawmakers are having second thoughts.

In fact, some in the state legislature are seeking to repeal the law before it is even enacted. However, others feel a fair compromise would be a modification of the proposed penalties for anyone convicted of driving with a .05 BAC, which for many may be equal to one glass of wine. The law currently calls for a first-time DUI conviction at the new low BAC to result in a 120-day suspension of the driver’s license.

At least one lawmaker recommends that the penalty for such a conviction be equal to that of a speeding ticket. While bartenders and their customers may approve of the change in consequences, others who support the law in its original form protest the easing of sentences. At least one representative believes reducing the consequences may be interpreted as condoning drinking and driving, which can be dangerous even if the driver is not legally intoxicated.

If the new law remains as it is with its severe penalties for minimal consumption of alcohol, those arrested on DUI charges may face an uncertain future. The loss of one’s driver’s license can cause untold frustration and inhibit the completion of the most basic daily obligations. To attempt to avoid these consequences, drivers in Utah would do well to seek legal advice as early as possible after a drunk driving arrest.