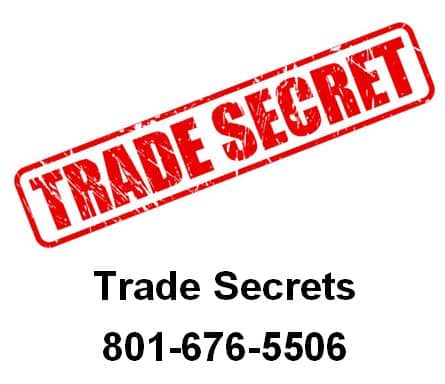 Although we would never recommend forgoing a non-compete agreement for employees who have access to trade secret information, it is good news for employers that when they find themselves without an appropriate non-compete agreement, that in appropriate cases, there is precedent in Utah for the issuance for an injunction when an employee is found to have taken sensitive trade secret information from the former employer.

A Utah court of appeals case, Actuator Specialties Inc v Chinavare, demonstrated the scope and breadth of the Utah Uniform and Trade Secret Act remedies when it issued an injunction against an employee prohibiting that employee from working at a competitor after verifying a theft of important trade secret information. From a Trade Secrets Lawyer point of view, this is significant because it is the first case known in Utah where a court has issued an injunction against an employee without a non-compete agreement that prohibited the employee for working for a competitor. In the Chinavare case, the employee had copied sensitive trade secret information and brought the information to his new employer. A forensic analysis of the employee’s computer confirmed the downloading of the sensitive information on a USB drive, which was found at the employee’s home. The court of appeals issued an injunction prohibiting the employee from working for the competitor for a three year period in spite of the fact that in this case there was no non-compete agreement. The plaintiff relied solely on the Utah Uniform and Trade Secret Act in obtaining the injunction relief prohibiting the employee from working for its competitor.

Have you ever taken a moment to read the Privacy Policy of any online website that you have visited or phone app that you have downloaded?  If not, then you should be aware of the personal information you could be allowing these companies to have access to.  It has been reported that many companies post Privacy Policies just as a way to give notice of data collection methods than actually for the keeping of your information private and secure.

– Vagueness!  Several companies use unclear and ambiguous language to protect themselves from consumers filing lawsuits against them should any of the consumers’ personal information be misused.

– Open-ended Terms.  Some companies like to use terms like ‘such as’ or ‘including but not limited to’.   This means that even though the company may list what data information that they are collecting from you, the use of these terms means that they could collect other data in addition to those that they have listed.

– Policy changes.  With technology growing at an exponential rate, companies like to be able to keep up with such changes and will revise their policy to allow them to possibly encompass the collection of even more data.

– No policy at all.  It is not uncommon that many of the apps or games which we download have no privacy policy attached to them at all, but rather ‘permissions’.  Therefore, that permission which you agree to may be requesting that you give the App developer or company consent to access to everything on your phone or computer.

Privacy policies are an important part of the online world. So whether you are a consumer or online company, it is important that you understand privacy policies to know how they work for or against you.

When you need legal help with a trade secrets issue, call Ascent Law for your free intellectual property law consultation (801) 676-5506. We will help you.