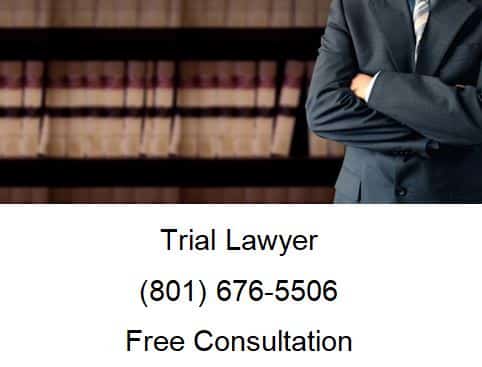 What are the rest of the lawyers going to do? What about the other 95 percent of trial lawyers who are not so great and not such good lawyers? How is a lawyer who is not at the top going to feed his family? His chances of getting your case against Exxon-Mobil are about the same as hitting the lottery. Many of my friends are personal injury attorneys and as a
trial lawyer myself, I think I understand that they think and dream about the one good case that will earn them enough to be on easy street. But the one good case never seems to come. Instead, most lawyers make a living by looking for somebody to sue and filing bad cases with bad facts. As long as a lawyer can find a potential defendant with even modest assets, he will attempt to make his case. If he doesn’t have a good case, he has to go with what he has. That’s how he makes a living.

The lawyer is willing to gamble that by filing a case he will be able to squeeze a settlement or play “lawsuit roulette” with the jury. Just like the population in general, from whom they are drawn, jurors can be confused and misled by emotional and irrational arguments. Experiments in human behavior show that most of the time individuals are unable to distinguish the truth from a lie. When asked to distinguish truthful from untruthful testimony based upon the demeanor and expression of the witness, in a majority of cases, the subjects in the experiment incorrectly identified the lie as the truth and the truth as the lie. The conclusion of the study has frightening implications. Jurors are more likely to believe a witness who is lying than one who is telling the truth.

This phenomenon has been understood and exploited for years by political leaders and others with a message to sell. A lie that is repeated forcefully and with conviction becomes accepted as truth. Think of the Nazi propagandists and the McCarthy type demagogues who convinced millions of people of the “truth” of their cause. More recently, public hysteria over so called “death panels” illustrates the relative ease with which fear and irrationality can be heightened and manipulated by skilled politicians to influence the outcome of the public agenda. Advertising messages repeated often enough are believed, regardless of the merits of the product and despite overwhelming evidence to the contrary. That’s the foundation of the advertising industry and is the basis on which political leaders and corporate interests present their programs.

In the same manner, a lawyer attempts to “sell” his case to the jury. Facts are distorted. Lies, half-truths, and perjured testimony are zealously advanced on behalf of the “injured” plaintiff. If things go right and the lawyer gets lucky or knows what he is doing, the jury will reward these efforts with a judgment for several hundred thousand or maybe a few million dollars. Every day in court a sympathetic plaintiff prevails against a wealthy or comparatively wealthy defendant— even in those cases which appear to be absurd, illogical, and utterly without merit.

Any lawyer who is still in business after a few years of practice has learned that the unpredictability of human behavior can be used to his advantage. The uncertainty of the outcome creates a potential risk of loss for even the most “innocent” defendant. Lawyers know that for most people the risk of financial loss also creates a highly uncomfortable level of emotional strain. If you have ever been sued—no matter what the cause—you understand that the unpredictability of the result and the possibility of economic loss can generate a severe degree of stress and emotional charge.