A Chapter 13 is a wage earner’s reorganization. What that means is we are not going to just simply put you through and wipe out all your debt and you are done in four to six months. In a Chapter 13, you will make a regular monthly payment, called Chapter 13 plan payment to the trustee who is assigned to the case. In the state of Utah, there is only one trustee, and at this time, it is Lon Jenkins, he was just appointed last year and I imagine he will be there for a while because the last one was in for quite a long time. Essentially what you do is you are going to take all of the debt you have and we are going to put it in a big pot and you are going to pay on that pot over the next three to five years, minimum of thirty-six months, maximum of sixty months. Depending on how your plan is structured, you may or you may not pay off all of your debt in five years. It really depends on the type of debt and how the plan is structured. The payment is usually a minimum of $100 a month, to the Chapter 13 trustee for at least three years.

Who Would Be An Ideal Candidate For A Chapter 13 Bankruptcy?

We primarily put people into Chapter 13 cases who are behind on a vehicle that they want to keep, where there is a substantial equity in that vehicle, or in a house that is currently in foreclosure process and they do not want to lose the house. Houses, if you are behind on them and you file a Chapter 7, you will ultimately lose that house. In a Chapter 13, we can catch up your mortgage arrears through the Chapter 13 plan. Those are the primarily the types of cases we put in there but for example, I mentioned earlier about taxes, that is another time where you may be in a Chapter 13 because you have to pay back taxes and so we create the plans so you pay off the taxes through the plan.

What Assets Am I Able To Retain In A Chapter 13 Bankruptcy?

In a Chapter 13 case, the trustee never seizes any assets at all. So let us say you have a boat that is worth $10,000 and it is paid off, you are going to be keeping the boat because it is paid off. No one is going to come take it. 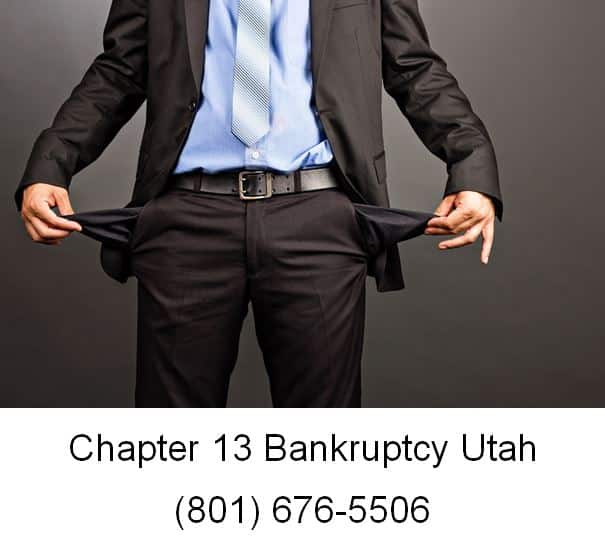 The major differences are that you are going to be in it a lot longer, the Chapter 13 lasts a minimum of three years and the Chapter 7 is usually done within four to six months. Another major difference is in a Chapter 13, you are going to be paying back some money to your creditors. You have to be making a regular income; in a Chapter 7 case, your creditors get it absolutely nothing, they get zero. The other major difference is in a chapter 13, the trustee does not seize assets; and in a Chapter 7 case, a trustee may seize assets depending on whether there is an exemption or not that covers that item.

How Does Someone Know Which Chapter Is Feasible For Them?

This is one of those things where you really ought to get some legal counsel because depending on the assets that you have, you may not have sufficient exemptions and if you file a Chapter 7, you may start losing things. I have had people file a Chapter 7 before and not realize that they had too much equity in their homes and their house was put on the market and sold by the trustee and they were handed a check for their homestead exemption when it was all said and done. So those types of surprises can really hurt you if you are not anticipating them. It depends on the factual circumstances that you are in, whether the Chapter 7 is better or the Chapter 13 is better.

If you have to roll dice and you have to guess, it is always safer to file a chapter 13 simply because the trustee does not take assets, does not seize assets. There is also a problem in some chapter 13’s, of them being completed successfully. I think nationwide, it is very low. The reason for that is if you are in a bankruptcy case where you have to make a regular plan payment every month on time for the next three years, the chances of a disaster happening or personal emergency or something tripping you up is very common. We do have cases that make it all the way through their three to five year plan all the time but it is a high failure rate overall across the nation.

Is One Chapter Of Bankruptcy Easier To File Than The Other?

They are easier or harder to file; they both require similar paperwork. There is a petition, there are statements and schedules that are required in every bankruptcy case. The schedules are lettered A through J. A deals with real property, B deals with personal property and there are different things for each schedule but there are certain papers that are not required in one case over another, but there is a substantial more amount of paperwork involved with the Chapter 13 case simply because the trustee’s office verifies several things. They have questions, they ask for additional documents for verification, so it is a much more thorough bankruptcy than in a Chapter 7. The Chapter 7 tends to be a little bit lighter on the paperwork and the amendments and things like that.

For more information on Chapter 13 Bankruptcy In Utah, a free initial consultation is your next best step. Get the information and legal answers you are seeking by calling (801) 676-5506 today.

From Wikipedia, the free encyclopedia
(Redirected from Chapter 13 bankruptcy)

Title 11 of the United States Code sets forth the statutes governing the various types of relief for bankruptcy in the United States. Chapter 13 of the United States Bankruptcy Code provides an individual with the opportunity to propose a plan of reorganization to reorganize their financial affairs while under the bankruptcy court‘s protection. The purpose of chapter 13 is to enable an individual with a regular source of income to propose a chapter 13 plan that provides for their various classes of creditors. Under chapter 13, the Bankruptcy Court has the power to approve a chapter 13 plan without the approval of creditors as long as it meets the statutory requirements under chapter 13. Chapter 13 plans are usually three to five years in length and may not exceed five years. Chapter 13 is in contrast to the purpose of Chapter 7, which does not provide for a plan of reorganization, but provides for the discharge of certain debt and the liquidation of non-exempt property. A Chapter 13 plan may be looked at as a form of debt consolidation, but a Chapter 13 allows a person to achieve much more than simply consolidating his or her unsecured debt such as credit cards and personal loans.[1] A chapter 13 plan may provide for the four general categories of debt: priority claims, secured claims, priority unsecured claims, and general unsecured claims. Chapter 13 plans are often used to cure arrearages on a mortgage, avoid “underwater” junior mortgages or other liens, pay back taxes over time, or partially repay general unsecured debt. In recent years, some bankruptcy courts have allowed Chapter 13 to be used as a platform to expedite a mortgage modification application.

How Does A Bankruptcy Chapter 13 Work?